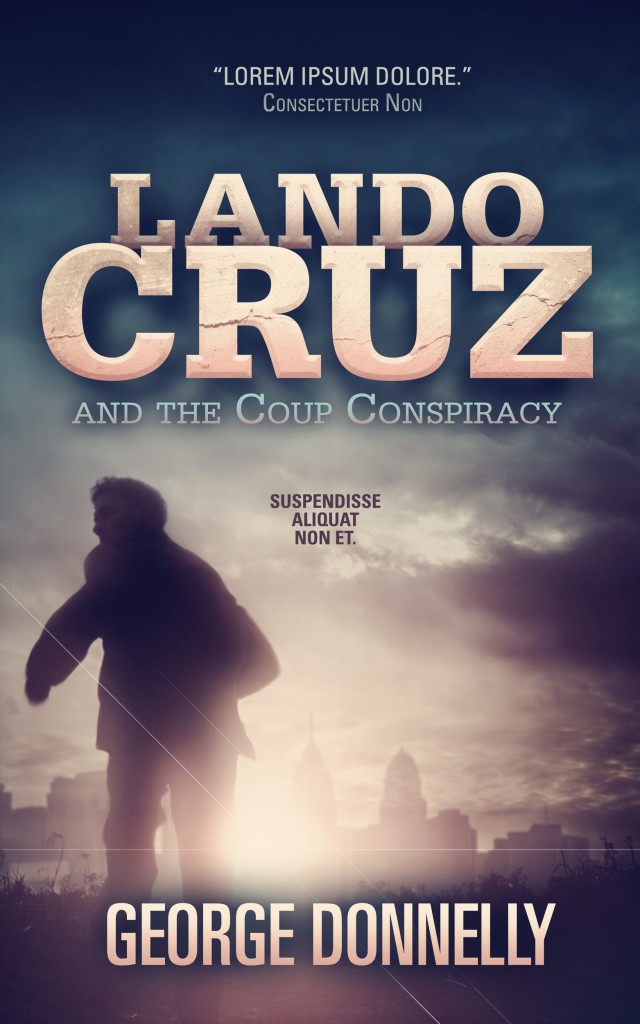 11 Insights I Gained from Writing My First Novel

I wrote my first novel. It’s called Lando Cruz and the Coup Conspiracy.

This is a journey that started in Northeast Philadelphia in 1980 when my dad got me an adult library card. I got into authors like Asimov, Heinlein, Dick and McCaffrey.

But it really kicked off in 1992 when I read Ayn Rand’s The Fountainhead and Atlas Shrugged, thanks to a friend’s recommendation. That’s also when I devoured everything I could find by Hemingway, Kafka, Garcia Marquez and Bukowski.

In 1994, I crafted a series of angry poems, allegorical micro-fiction and one short story about two guys and a mattress on the South Side of Chicago. I still laugh at it today.

In 1999, I made my first serious attempt at writing a novel. The bad guy was Virgilio, a Colombian guerrilla leader. The good guy was the first incarnation of Lando Cruz, the hero in the novel I just finished. I read a couple of craft books and planned the novel but I did not muster the strength to actually write it. I gave up.

In 2007, I tried again. I read a lot more craft books this time, including Techniques of the Selling Writer by Swain and Immediate Fiction by Cleaver. I planned a time travel story with Lando as my hero. I squeezed out 1,500 words at Nanowrimo that year. The next year, I got out 5,000 words before quitting.

In 2012, it was my time. I bought more craft books. I studied every day. I made breakthroughs in my understanding of character and structure.

In 2013 I planned a new novel with a good friend. It became my procrastination. I also got 15,000 words into yet another Lando Cruz story before stopping. I set both projects aside for a few months and then came up with my best Lando Cruz story idea yet. I promised myself that I would start writing it no later than January 1, 2014.

And so I did! During the first three months of this year, I have 41 red marks on my calendar. That’s disgusting. I should have written at least 80 days during the first quarter of the year. But it was enough to create 96,000 words for Lando Cruz and the Coup Conspiracy.

Along the way, I learned a few things.

Right now I am working on the second draft of Lando Cruz and the Coup Conspiracy. I expect to release it for bitcoin-only sales on May 1 and then for bitcoin and fiat currency on May 15. I feel good about this story and so does my editor.

In the meantime, I’m writing a serial called Gran Pacifica. Give me your email to get the 24 episodes for free, one per week.