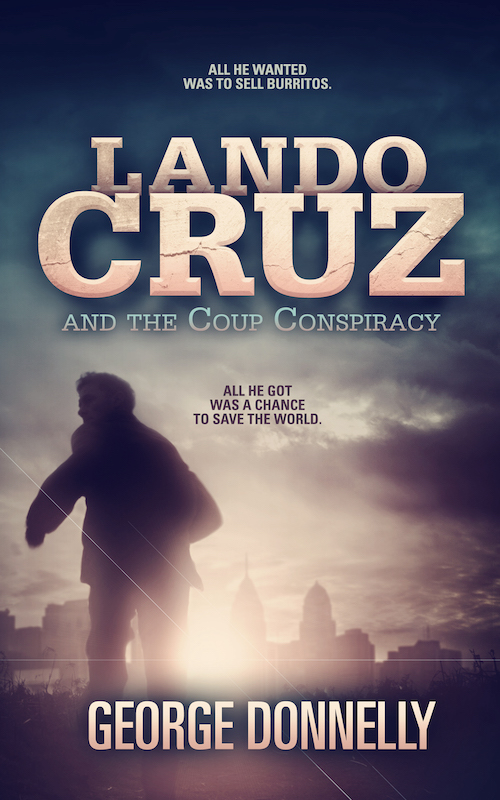 The United States is in slow-motion economic collapse. The Three Strikes Act funnels the unemployed masses into a national network of work camps for the most trivial of infractions.

Lando Cruz is a scrappy rebel who risks his final strike on the streets of Philadelphia by trading illegal currencies under cover of a burrito stand. He spends his days bribing dirty cops, fending off undercover federal agents and shepherding his little sister through adolescence.

Lando is getting by until beat cops seize his savings and kidnap his sister for ransom. He has thirty days to raise the hard cash he needs to free her before she is sold into sex slavery. His only chance is a lucrative job offer from the black market rebellion’s paramilitary startup, the Core. He risks both his life and his principles to get his sister back before time runs out.

Packed with action and suspense. Recommended.

Crazy characters, crazy storyline, crazy twists, but…. I totally got and empathised with Lando – the main character. Mr Donnelly, please tell me there’s a sequel!!

I was engaged from the start of the book, I read it in a busy day.