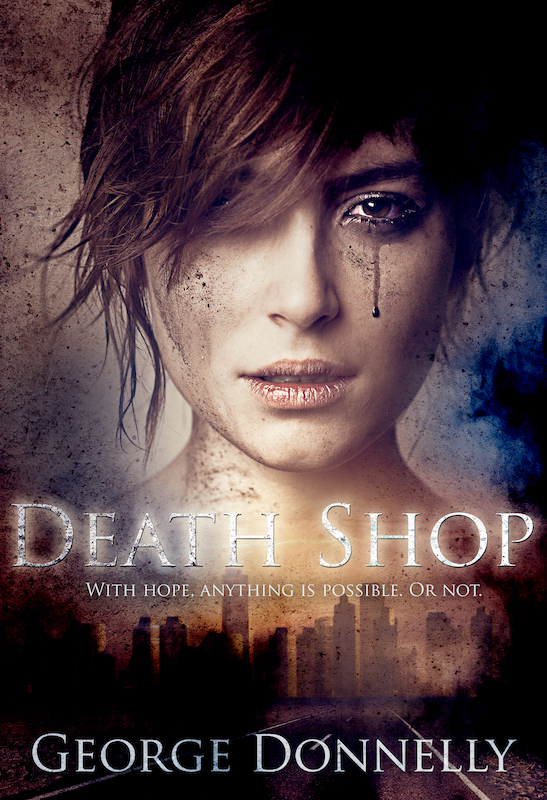 The Republic Trust is our protector. Form a single file for the daily 500-calorie feed line, courtesy of Xemura Pharma.

Ailsa Santamaria whores for food on the killing streets of Protectorate 13477 as she struggles to break her daughter Texa’s screen addiction. She won’t trade control of her mind for a slim chance at a better life. She’s not like the others.

But uplift arrives in Protectorate 13477 nevertheless. Ailsa discovers a way out for her and Texa, but it may not bring the relief she seeks. She thought she had nothing left to lose. That was a lie.

A “not-to-put-down-before-the-end” book ocurring in a “bladerunneresque” context. I hope sincerely and anxiously for the ensuing events!

Death Shop is a horrific dystopian nightmare with so many twists and turns it seems more like fabric in a fan fold. I was absolutely stunned again and again right through to the end.

You shouldn’t expect unicorns, rainbows, and happiness here. It’s more like Neuromancer by William Gibson, like Elysium, In Time, Equilibrium, The Ghost in the Shell and many other things it reminds me.